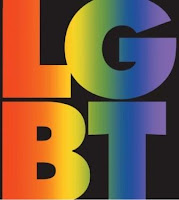 Today's VBT# is author Reena Jacobs and her novel "I Loved You First".

Review: I Loved You First - Reena Jacobs - July 2011
Wanting to check out a really good LGBTQ novel ? One that is aimed at Teenagers and in both African and Caucasian Viewpoints ? I Loved You First tells the story of two college students Seth Richards and Alex Carmichael. One is gay and the other straight , One male and the other female , One Black and one White. Alex and Seth have been friends forever and now reaching college-aged Alex is in love with her best friend Seth , though of course she knows that she can never be with him that way and that he will always look at her as a sister or close friend. The novel takes place during their college partying days as we follow Seth who is still in the closet and Alex his ever faithful sidekick. Seth is the kind of guy who has used the girls as beards and Alex every time he picks up a girl -hopes that he will use her , allow her to pretend. During rush week and a party at the fraternity, Seth is roofied and ends up revealing to the world that he is Gay and what follows is the aftermath of the effects as we see Seth on the edge of killing himself and Alex whose finally met a guy who actually wants to date her - torn between the new guy and Seth. Can the two of them work out where they stand with each other and can Alex be there for Seth or will she be too late to say Goodbye ? Be prepared for twists and turns as Seth's revelation leads many more characters and ones that surprised me to come out of the closet per se.

Author Guest Post:
What You Could Have Been Reading?
What Could Have Been
When I first decided to write College Rock, the story was told from Jonathan’s point of view, and Sarah was just the friend.
Wait a minute! College Rock? Jonathan and Sarah? Yeah. That’s how far I Loved You First has come. Sarah (AKA Alex) was a bass player in a band, and Jonathan (Seth) was a womanizing straight guy. Name changes, new professions, changes in sexual orientation – today, I’m going to share with you how that all came to be. :)
For the longest time, I’ve been trying to get a family member (ANY ONE OF THEM) to co-author a book with me. It’s been a no-go, thus far. I settled on asking my daughters if they wanted any of the characters to be named after them. You see, I’m not a terrible stickler to names. If it sounds good, it works for me. Well, my youngest hopped all over it and is where Alex got her name. My daughter took the naming one step further and renamed Jonathan to Seth plus christened Cheyenne. So that’s that.
But what about Seth? You said he was straight, right? Oh yes! He was very straight and totally cocky – God’s gift to women, or so he thought. Life was a game meant to be played, and he was playing to win. At some point along the line, I realized the boy was out of my league. Young man with sex on the brain… I had no idea what he was feeling physically, emotionally, mentally. I just couldn’t see myself stepping into his mind. :) Being the coward that I am, I copped out.
And voila! Alex received a promotion and Seth a demotion. Doing so allowed Seth to still play his games, but with Alex observing, I didn’t have to worry about what he was thinking or feeling. Yeah… I’m not afraid to take the easy way out. You should see how much I cut from a draft when I can’t get the wording just right or a scene to play out perfectly.
Can we please get back on topic, Reena? Remember… you said he was straight. In the book he’s gay. Oh yeah. That’s right. A simple waved of my magic wand and abracadabra, Seth became gay. Sorry… nothing special there. It was a whimsical thing. Lame, right? Please don’t answer that. Let’s just move on to the title.
So College Rock was the original name. I actually claimed that from the Sims 2: University Expansion; it was the title of one of the stations. In fact, my original outline incorporated quite a few of the songs. Get this: one of the bands, Steadman, let me use a couple of lines from their song Come On. Cool, huh?
Let’s skip ahead a few months. You see, I’m quite fond of Regina Spektor. One day, I was listening to her song Samson.
You are my sweetest downfall
I loved you first, I loved you first
OMG! That’s my title! Oh lord, Reena. Haven’t you an original idea in your head? Uh…
Reena Jacobs is just your typical writer who loves to see her words in print. As an avid reader, she’s known to hoard books and begs her husband regularly for “just one more purchase.” Her home life is filled with days chasing her preschooler and nights harassing her husband. Between it all, she squeezes in time for writing and growling at the dog. You can find Reena on Ramblings of an Amateur Writer, Amazon, Goodreads, Barnes & Nobles, and Smashwords.