Re-Release Blitz - From the Ground Up, A Better Place & Feels Like Home by Jennifer Van Wyk 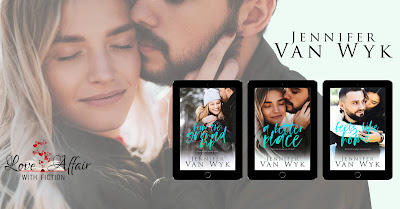 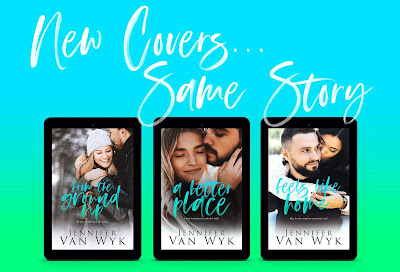 Jennifer’s first three books have a brand new look!And they are on sale for 99⍧ THROUGH December 1!

FROM THE GROUND UP

I fell in love with Tess when I was a teenager.
Being in love has never been the problem.
Time together, on the other hand, is.
Life has caught up with us and we’ve lost focus on each other.
Date night is a laughable concept. And sex? Well, it’s been months.
Months.
It’s time to take matters into my own hands and kidnap my wife for a week alone.
The only problem? How do I convince Tess to fall back in love with me when she never fell out of love in the first place?
How do we re-build, from the ground up?

After James Cole’s wife walked out on him, he put his dreams aside to raise his daughter. But now she’s grown and he’s rI’ve spent the last two decades putting my dreams on hold to raise my daughter.
But now opportunities arise that I can’t deny myself from going after. And a chance meeting with Carly only sweetens the deal.
She says she can only offer me friendship.
That she’s not capable of giving anything more than that.
If she thinks it will stop me from pursuing something more, she’s underestimated my level of patience when it comes to getting what I want.
When the secret she’s so carefully hidden threaten to destroy everything she’s built, I’ll stop at nothing to protect her and her son.
She’s built walls to protect herself, but I’ll break them down and get her to join me in a better place.

I should have expected it when I discovered my wife had been having an affair.
But it still made me stumble.
Raising the twins alone was never in my plans, but here I am.
Every day, my bitterness grows, threatening to wrap around my heart, darkening every part of my life.
But Christine brings a brightness I wasn’t even looking for.
She tells me I’m not alone — that she understands better than anyone what I’m going through.
I only needed her friendship but it turned into so much more.
Something that I never imagined I’d experience again.
But Christine was hiding something that has the power to destroy everything we’ve built together.
Still, I can’t deny that she feels like home. 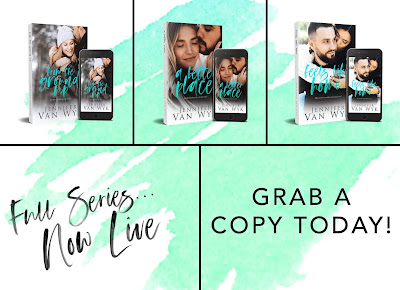 JENNIFER TELLS US WHAT WE NEED TO KNOW

From the Ground Up
1. Barrett and Tess are married and… *gasp* STILL in love!
2. This IS a love story about falling in love. Promise.

3. If you love reading about families and friendships, this one is for you.
4. Both main characters are over 40.
5. Hilarious texting blunders.

A Better Place
1. Single parent romance
2. Hilarious scenes based on my life. Yikes.
3. Carly (mc) overcomes something that threatened to destroy her.
4. This is a story about realizing one’s worth.
5. You’ll laugh. You’ll cry. You’ll swoon.

Feels Like Home
1. Single parent romance
2. Older man/younger woman romance
3. This is a story about falling in love when you never expected it.
4. Surprise… bleep. Crap. I almost gave away part of the plot! But trust me… the read is worth it. 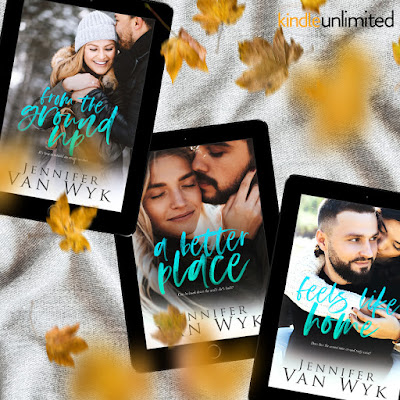 Check out the inspiration behind the books on Jennifer’s Pinterest Boards! 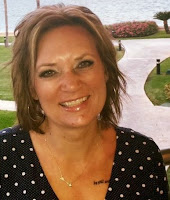 From the Ground Up is Jennifer’s first published novel, with the hopes of many more to come. Jennifer makes her home in rural Iowa with her high school sweetheart, three beautiful and amazing kids, one crazy Jack Russell terrier. This is where her love for all things reading, baking, and cooking happen. Jennifer’s family enjoys camping, boating, and spending time outside as much as possible. When she’s not writing or editing/proofreading manuscripts for the many talented authors she’s come to love, she’s sipping coffee or iced tea with her kindle in her lap or binging on Netflix.
Facebook | Website | Twitter | BookBub | Instagram | Amazon | Goodreads | Reader Group
Sign up for Jennifer’s Newsletter