Looking for a great Chick-Lit read ? One to help Celebrate the upcoming Australia Day on the 26th January ? Have you read Lisa Heidke's previous releases and enjoyed them ?
Get ready for her latest novel "Stella Makes Good".

Review: Stella Makes Good - Lisa Heidke - January 2012
As a huge fan of Australia author's Lisa Heidke's books , when I recieved Stella Makes Good, I couldn't wait to start reading as I wonder what new storylines and characters Lisa would come up and I have to say I loved the fact that Stella - the main character and Jesse worked in a library and Stella organised the toddler time :) and the fact that she didn't fit into the stereotypical librarian cast , made the story even better. As I so could relate , being a Children's and Teen's librarian myself and I definitely don't fit into the stereotype with my phases of bright colours and my continual supply of Statement/TV/Film/Music Tshirts . I have everything from Superheros to Holly Hobbie to True Blood/Vampire Diaries to a Tshirt proclaiming "You Rock My World"- got it for National Compliment Month.
In Stella Makes Good , we discover that it is the start of 2012 and the four main characters - though we only see 3 till about halfway through the book are busy deciding on their mantra's for the year. Each character has been through a tough year from relationship chaos , to failed marriages , divorce, losing the passion spark. Stella is on her way to becoming divorced with her ex-husband Terry already moving in with his new girlfriend, can Stella move on from her past especially when Dr. McDreamy aka Mike - another single parent has the hots for Stella .
Carly wants that passion spark to be re-ignited in her life as now her son Nicholas has left the nest and gone to school in Wales. When Carly cleans out Nicholas's room and discovers a pile of love notes and then emails start to arrive - Is Carly's son Gay and her husband Brett has been pulling away - is he having an affair with the blonde co-worker Jane ?
Jesse is stuck in a loveless marriage, she feels that her husband and her can't connect and want both different things , he's working late and worse he's pretty controlling. When her friends discover Steve in an awkward position, will this give Jesse the courage to leave her husband or will it make matters worst ?
Louise, Jesse's older sister left Australia six years ago and has not looked back since. What was so bad that she had to up and leave and never return ? When tragedy strikes Jesse , Louise decides the past needs to be revealed and high-tails it back to Australia to confront it. Will the opening of her past allow Louise to move forth in her future with boyfriend Philippe?
A novel about starting new and leaving all the past behind. A novel about girlfriends, secrets and that sometimes the truth can hurt but it's better to have it revealed than hidden.
As usual I loved Stella Makes Good and cannot wait to see what Lisa Heike brings out next :) 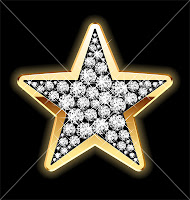