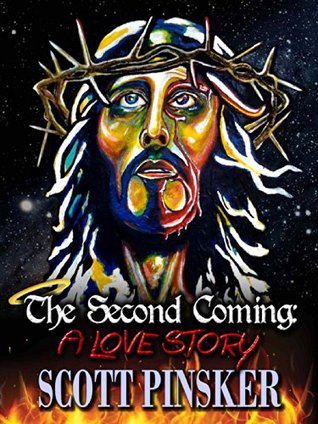 Two men claim to be the Second Coming of Christ. Each claims the other is Satan in disguise. But only one is telling the truth.

In The Second Coming: A Love Story, the devilish new novel by Scott Pinsker, the culture war between Red America and Blue America turns shockingly real when two self-declared saviors appear on earth. The first “messiah” attracts legions of liberal and secular-progressive followers with his message of New Age brotherhood, quickly becoming the darling of the left. The second “messiah” preaches fire-and-brimstone traditional Christianity, gaining a grassroots army of conservative worshippers ready to battle to the death.

First-time novelist Scott Pinsker is a Tampa Bay-based celebrity publicist who has also written for FOXNews.com as a marketing expert. As Pinsker tells it:

“Late one night I had an unsettling thought: If the Devil truly wanted to con mankind, he wouldn’t have a pitchfork and horns. All those horror movies have it wrong; a pitchfork and horns are bad marketing. Instead, his smartest strategy for activating new followers would be to appear as a holy man – and claim the faith of his target audience. Because if I were Satan’s publicist, that’s what I’d recommend.”

Scott Pinsker has worked with a long list of athletes and entertainers, ranging from scandal-plagued NFL stars to Saturday Night Live alums to Grammy-winning icons. While he insists that his story’s characters are wholly fictional, he freely admits that the Red America / Blue America political divide is directly ripped from the headlines:

“We’ve become so polarized that we automatically assume the worst about our opposition. The most sinister explanation becomes the dominant narrative – and each side is skilled at exploitation. So in The Second Coming: A Love Story, you have conservatives firing-up the Tea Partiers on talk-radio shows, and liberals decrying their ‘extremism’ and ‘lack of inclusion.’ You have evangelicals, businessmen and born again Christians waging a multimedia Holy War against secularists, urbanites and liberal activists – and neither side will cede an inch. Sadly, none of this was a stretch: Since we’re already predisposed to believe that the other side is evil, an all-out apocalypse is simply the natural progression.”

Divinely provocative and wickedly intelligent, The Second Coming: A Love Story will keep you guessing who-is-who until the very end…

…and possibly even after that