I am thrilled to be hosting a spot on the BELLOCARO by P.S. Meraux Blog Tour hosted by Rockstar Book Tours. Check out my post and make sure to enter the giveaway! 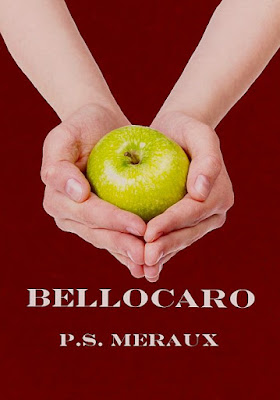 Read for FREE with a Kindle Unlimited Membership!

A page-turning novel in the tradition of stories like Twilight or Midnight Sun by Stephenie Meyer, or A Shade of Vampire by Bella Forrest. Bellocaro is a paranormal vampire romance fueled by an unusual mystery, a magical location, and a fight to stay alive.

Bellocaro will transport anyone who loves a gripping romance to a new world.

Trapped on a mysterious island and fleeing the school jock who thinks she should be his, Skye Moon encounters a strange boy in the woods. After meeting the captivating Thatcher Blue, she is dragged into a nightmare. Skye is targeted by a vampire who wants to kill her just for being near the alluring Thatcher.

With a target on her back, she doesn’t know if she’ll survive. Skye has known fear before, helping her mother battle a life-threatening illness but never has she had to deal with a vampire stalker.

Skye hopes that the dark-eyed boy from her premonitions will keep her safe if he ever reveals himself.

She is astonished when Thatcher and his family come to the private academy on the mysterious island run by an equally enigmatic headmistress. Thatcher has managed to keep the secrets of his monster family hidden for more than a century, but not from Skye. She rightly suspects the new kids are something other than ‘kids.’

Complicating matters is the way Thatcher looks at her like she means the world to him because he has visions too. The pair find themselves caught between danger and longing.

Will Thatcher save her?

Profoundly thrilling, Bellocaro captures the life and death struggle for these teenagers on an island that isn’t as dormant as it appears. Readers Favorite Award-winning, best-selling author P.S. Meraux brings humor and heat to this novel that will drive fans of vampire love stories wild with enthusiasm.

5.0 out of 5 stars!!! Finally, a book Like Twilight!
"Been waiting for this to whet my vampire fix. Was ready to dive into a new vampire romance. Hello Thatcher!!!!"-Gotta Love Books Blog

"P.S. Meraux takes you on an adventure with many defining moments and a flawed family of heroes. In a literary world overrun with supernatural creatures full of foreboding, Bellocaro puts a humorous spin on the crowded genre. The author's witty writing style had me laughing out loud."- Faerie Tale Books

"Bellocaro was fabulous. It's the perfect mix of romance, suspense and paranormal fantasy in one tidy novel ... I challenge you to read this book and not love it."- Get Lost In Fiction

"I re-read this three times after I finished reading it because I didn't want the story to end. The writing is so descriptive I felt like I was there."- Novel Society

"Seeing the relationship between Skye and Thatcher develop was spellbinding ... Bellocaro has set some high expectations, and is better than the other vampire romances in this sphere." - Bookworm Reviews

"...a sizzling vampire romance with unexpected twists, an unforgettable love that excites from start to finish. It's a perfect read for Twilight fans and vampire fans in general."- YA Book Season

"I can't even remember the last vampire romance I read that I loved as much as this one, Yes I can, it was a little novel called Twilight."- Just A Book Lover Reviews

"This is the kind of book you can re-read over and over again and not get bored. The plot is ingenious -- how do you fall in love with a guy who has already seen that he's going to kill you? The characters are great, even Thatcher annoying sister, Rane, has some funny bits and the ending will leave you left begging for more!"- City of Books 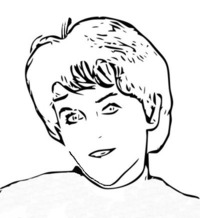 I mainline coffee and chocolate, worry about the width of my hips and peruse too many cooking magazines. I suspect I wouldn't fret about one if I didn't indulge in the other. I'm obsessive about quality, so much so, I keep going back to tweak my earlier books, hoping to make them better. "Why are your characters flawed?" one reviewer asked. "Because people are," I replied. Although I'm very protective of them, hoping beyond measure that they'll find acceptance. Not ridicule. As a true 'GRITS' (girl raised in the south) people expect me to have bat-shit crazy relatives. The question here isn't IF, but rather, which side of the family are they on? Needless to say they offer a pool of inspiration into which I liberally dip. My characters are a bit OCD. Not in the vein of obsessive-compulsive, that would be too a la carte, mine are 'occasionally crazy or damaged.' And I think you'll enjoy them. As someone who understands wrestling with complex issues, it's easy to share their stories. I myself grew up with an ill mum, so I began creating imaginary friends at a young age to keep me company. In addition to writing and cooking, I'm an avid mountain climber who keeps up with an assortment of pets. As a life-long globe trotter, I can tell you that I like nothing better than a good story and a road trip. I hope you enjoy this one. Please let me know what works and what doesn't. I'm always interested in hearing feedback, reviews, comments, and questions are most welcome. Thanks in advance for your time and consideration. Happy reading.