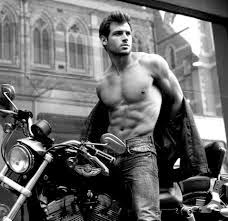 Steele has finally got Laurie back from Donovan's clutches only to recieve a phone call from Killer saying that Donovan is dead and Steele and Laurie once again are the lead suspects in his murder. Donovan was wealthy and had connections everywhere , so if things don't go a certain way then they will never be able to leave the invisible clutches of Donovan. In this book , we see the aftermath of what happened to Laurie and we read as Steele pushes her away as he knows that his life as a biker and on the road isn't the one Laurie wants - she needs a life of security and stability, something that he can't give her. So of course, what does he do - he does what every man in this situation and who can't really express his true feelings does - he lies and tells her she meant nothing to him.
Can Steele really make Laurie believe she is nothing and what will Laurie do, now that she is free of not only the Bikers but also of Donovan ?
Has Laurie been given a second chance at a fresh start , but which path will she choose ?
Find out in Book #5 in the Riding Steele Serial by Opal Carew.
The perfect quick read for all those lover of Biker Books and MC's.