Review: The Ocean and the Hourglass - Dan O'Brien 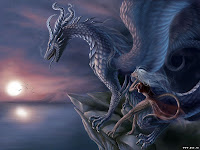 Are you aged 12+ ? Looking for a fantasy and time-travelling novel to read ?
Do you wish to travel to a different world and love using your imagination?

Review: The Ocean and The Hourglass - Dan O'Brien- September 2011
Are you aged 12+ ? Have you read and enjoyed Cornelia Funke's Inkheart Series ? Did you enjoy C.S Lewis's Chronicles of Narnia series ? Have you seen the film Jumaji and Jumper ?
When I saw the cover of the Ocean and Hourglass , I wasn't sure what to expect. As I started reading it , I enjoyed it as I was transported to the life of a young boy whom sounded like he was between 12-14yrs , the boy's name was Nicholas. The character of Nicholas , in a way was a character that if you have ever been a lover of books, had your nose buried far into one , been bullied due to your love of reading - then he is one you can relate to. Nicholas , loves to read comics and is teased by friends and he doesn't have the best of life at home either with a drunk mother, so Nicholas does what any real reader would do , he retreats to the one place on earth - he won't be judged, the one place where he feels the most at home and loved - the Library. I loved this part, as myself spent weekends at the library and have always been a bit of a bibliophile. One trip to the library, Nicholas is given by the librarian Mr. Thompson - an empty book and a hourglass with strict rules. Nicholas must follow the rules or else danger strikes. One day Nicholas finds himself engrossed in the book and forgets the rules and soon finds himself transported into the story and bang smack into the middle of war and himself being called "The Prodigy". So begins the adventure of Nicholas in a foreign world. As the story goes along , we read as Nicholas is having fun in this world- this part reminded me of Inkheart and the Chronicles of Narnia. However, is Nicholas trapped in the book forever ? Will he ever make it to the real world and what happens when Nicholas finds out the truth of how Mr, Thompson the librarian came to have the book in his possession.
A great novel for boys aged 12+ and those who are fantasy and alternative world lovers.