From New York Times and USA Today bestselling author, Jay Crownover, comes the next title in her The Breaking Point romantic suspense series, RESPECT. Don’t miss the amazing tour below, and order your copy today!

Once upon a time, there was a beautiful princess who called a corrupt kingdom home sweet home.

Protected and sheltered from the worst the world had to offer, she fell in love with the crumbling city that burned and blazed around her. Every dirty corner, every scary shadow, found a place within her heart. So did a man who was violent and dangerous, just like the streets she claimed as her own.

He was all business and brutality, except when it came to her. With her, he was calm, caring, and heartbreakingly patient.

He warned her over and over that he wasn't the man for her, but she refused to listen. She never expected either the streets or their enforcer to hurt her, since she'd given her heart so completely to both.

She should have known the streets in the Point were always going to be savage, and so was the man committed to keeping control of them in the hands of criminals and bloody kingpins.

Blindsided by a betrayal which cut so deeply she was sure the wounds would never heal, the princess fled the home she loved and the man who broke her heart. Throwing away her rusted, twisted crown was supposed to help her forget. All it did was make her long for everything she left behind. She told herself she would never go back, but in this tormented kingdom, family is everything. Eventually, she has no choice but to return.

While she was gone, the people who loved her worked hard to make the city safe, and the man who destroyed her sank deeper into the darkness. Going back shouldn't feel like surrender... but it does. As this pretty princess hovers on the edge of the unknown, the past attacks with a vengeance. It's a good reminder that puppy love eventually grows up and turns into something with sharp teeth and one hell of a bite.

She never asked for the keys to the kingdom. She'd much rather go out and build her own. 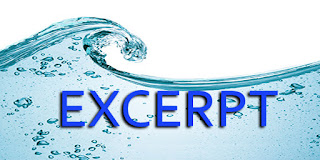 ~Karsen~
Before I could think about what I was doing or why I was doing it, I balled my hand into a fist and swung at his face. Obviously, he wasn’t expecting the attack because he didn’t move or bother to block the strike. Instead, I clocked him on the cheek, which whipped his head to the side. My fingers stung as I shook them out and his dark-gray eyes glittered with something dangerous as he lifted his fingers to the reddening spot.
“That’s one way to say hello.” The rough timbre of his voice still had the power to make my knees weak and send shivers racing down my spine.
I crossed my arms over my chest and glared at him. “I’m about to say goodbye. Get out of my apartment…Now.” I wasn’t ready for him, not now, not ever.
He shook his head and I noticed his dark hair now had threads of silver through it at the temples. He was twenty-six when we met, twenty-eight when he broke my heart, which meant he was now in his early thirties. Young for silver hair, but considering how many times he’d almost died while I lived in the Point—who knows how many more times that’d happened since I left—his aging prematurely made sense.
“Karsen.” My name again, but there was so much he wasn’t saying in that simple acknowledgement.
“I’m serious. Get out, Booker. There’s a reason I’ve been gone for four years…that’s you. I never want to see you again.” I wanted to shove him out the door and put my foot in his ass, but he was too damn big.
Slowly, he shook his head, mouth set in a hard line, steely eyes unflinching as he told me. “I’m not going anywhere.” I shivered and instinctively took a step backward. “I’ve waited long enough.”
I blinked stupidly and tried to follow where he was going. My senses were all scrambled from being this close to him after such a long time. “Waited long enough for what?” I sounded as confused as I felt.
His eyes sharpened and narrowed. His mouth quirked into something that may have been a grin on a less-imposing man. The scarred eyebrow danced upward as he took a step toward me, his intent shining bright and clear in his eyes. “For you. I’ve waited long enough for you, Karsen.”

And don’t miss the first titles in The Breaking Point series, HONOR and DIGNITY! Grab your copy today!

About Jay Crownover: Jay Crownover is the international and multiple New York Times and USA Today bestselling author of the Marked Men Series, The Saints of Denver Series, the Point Series, the Breaking Point Series, and the Getaway Series. Her books can be found translated in many different languages all around the world. She is a tattooed, crazy haired Colorado native who lives at the base of the Rockies with her awesome dogs. This is where she can frequently be found enjoying a cold beer and Taco Tuesdays. Jay is a self-declared music snob and outspoken book lover who is always looking for her next adventure, between the pages and on the road.