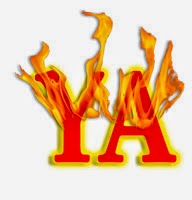 Before their was Divergent and Tris aka Beatrice Prior was all the rage, there was a new person entering into Dauntless , someone who would break records and break the mould of what a Dauntless or any other faction initiate should be. He was somebody who nobody knew what to think of. He was formerly known as Tobias Eaton and he would become Four.
Four - A Divergent Collection is made up of four short stories featuring the character Four's life in the Divergent series. If you have ever wondered about his background , who he really is , about his family and his choices - then this collection of short stories will provide you with an insight into his life.
The first story is titled "The Transfer" follows Tobias's lead up to the testing and of the choosing ceremony and also gives readers insight into what his life as an Abnegation was like, in the series we learned that one of his fears was his father Marcus and in the Transfer we catch a glimpse of the abuse that Four suffered - reading this story, I have to admit my eyes did water a bit there.
The second story is titled "The Initiate" where Tobias has chosen to join Dauntless and move on from what he has known. Here he has chosen a new name -"Four" to represent his four fears which is as he discovers a new record and we discover the background to his Tattoo on his back.
The third story is titled "The Son" - in this book Four comes up against Eric in whom we see as the bad guy in the Divergent series - Eric is also a new initiate and is second place to Four. In this book, Four struggles to fit in with the leadership regime and tries to find his place in the world , he also gets a visit from his mother and discovers the truth on what can happen if you are discovered to be "Divergent".
The final story in this collection is called "The Traitor" and is where Four discovers the Erudite's plan to destroy Abnegation by using Dauntless and micro-chipping them, in this book he also meets Tris for the first time as we read the Traitor we see a bit of the story overlapping Divergent , what was good in the Traitor though is that it is all from Four's POV whereas Divergent was all Tris's.
Also if you love reading alternate scenes and exclusive sneak peeks into lives of the characters, the book also at the end contains three chapters of excerpts and character scenes.
Four :A Divergent Collection is the perfect companion read for any fan of the Divergent Series by Veronica Roth.
The stories in this series if you wish can also be purchased separately on Amazon Kindle Ebooks.