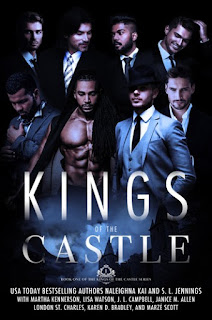 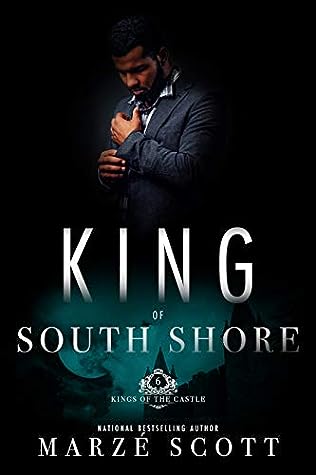 It has been a few months since I read one of the Kings of the Castle series so today as I was scrolling through my kindle looking for a book, I came across King of South Shore by MarZe Scott. I had enjoyed the other books of the Kings of the Castle series, so was looking forward to starting King of South Shore. As you will remember in one of the previous books meeting Kaleb Valentine and briefly learning about his house being burned down. Kaleb Valentine is the King of South Shore and back in the brotherhood fold and Chicago for the first time in years. He left Chicago to save those he loved and distance himself from the gang Sovereign Kings as Kaleb when he was younger was one of the ones known as Baby Kings. Now he is back and wanting to help make his brotherhood go legit. Kaleb's job is buying real estate and making failing communities into thriving areas. Two of the storylines in Kaleb's story are his falling for Skylar who works at Reno's shelter and Kaleb trying to get the drop on Killa aka Jeremiah - the new leader of the Sovereign Kings and bring him down which is difficult when they have cops in their back pockets. I have to admit Kaleb's story wasn't one of my favorites as he also felt distanced from the other brothers and they were in the division over whether they are Kaleb's friend or not whereas some of the brothers are closer than others. It felt like Kaleb was on the outside of the inner circle and only there due to Vikkas and Reno.