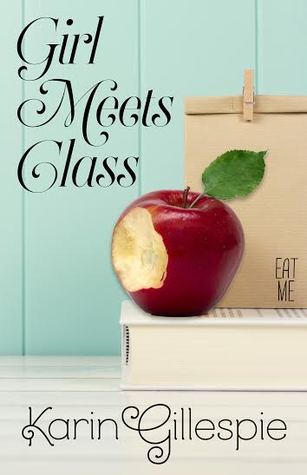 Review: Girl Meets Class - Book #1 Girl Meets Class Series - Karin Gillespie - September 2015
Toni-Lee grew up with one goal in mind and devoted her whole life to that one goal - to become one of the world's best tennis players. Tennis was her whole life, that was until she ended up breaking her wrist and her career ended. As someone who recently has finally gotten over my injury - it has taken nearly 2 years to heal my broken wrist to a reasonable state. For Toni-Lee, as she also had her family's money her life becomes a rollercoaster party train of drinking and acting out. Now six months on, her father has picked her up from the police station once again and has had enough. He can't handle his daughter's destruction anymore. He calls Aunt Cornelia - Toni-Lee's mothers sister, she is where the money comes from and is the tough one. She has devised a plan to get Toni-Lee back on track and find a passion and cuts Toni-Lee's income. Toni-Lee needs a job and ends up getting one teaching the Special Ed Kids at Harriet High. If she can keep her job for a year, she will inherit her trust fund of 5 million dollars. At first, Toni is seen as a spoilt brat but as the book goes along and she falls for Carl, one of the fellow teachers - she starts to enjoy her job and care for the kids. What will happen though when she is blackmailed to keep her job and then her life spirals out of control once more when the guy she loves Carl leaves her? Can Toni-Lee prove to those around her and the ones closest to her that she has changed and that along the way her job became about the kids and not the money. Girl Meets Class was a cozy chick-lit read and reading this reminded me how much I had enjoyed the books that Henery Press published as when this company first started publishing about 2012-2013 I was one of the first reviewers to read/review their books published.