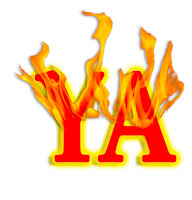 Do you love stories like The Great Gatsby and The Mask of Zorro ?
Lauren Baratz-Logsted has combined the two books together to bring you a modern rendition called Z: A Novel.

Synopsis: Z : A Novel - Lauren Baratz-Logsted -March 2012
After years living of living in Los Angeles, novelist Nix Carter returns home to Connecticut to care for her ailing father. As she reconnects with childhood friends, she encounters a window washer who also happens to live in a mansion, throw lavish parties and go by the name of Zorro. Yes, Zorro. But is he really the caped man of legend? Or just an eccentric who drives a horse-drawn cart and wears a cape while washing windows? And what will happen when the townspeople who once flocked to his parties and drank his champagne become suspicious of him?

A contemporary re-visioning of The Great Gatsby, Z is a smart, quirky novel that has it all: comedy, drama, romance, adventure, even swordplay. Lauren Baratz-Logsted at her best.