Review: Between You and Me - Nicola Kraus and Emma McLaughlin 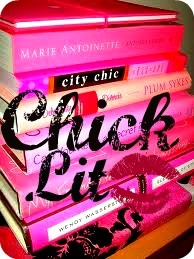 Have you read The Nanny Diaries ? Been Following the number of books by both Nicola Kraus and Emma McLaughlin ?
Check out their latest duo release "Between You and Me"

Review: Between You and Me - Nicola Kraus and Emma McLaughlin- June 2012
Have you ever wondered about what life is really like for a pop star ? What effect it can have on families ?
As the saying goes "Fame and Fortune Comes with a Price Tag" . That saying rings true in Nicola Kraus and Emma McLaughlin's new novel "Between You and Me".
Years ago, cousins Logan Wade and Kelsey Wade were inseparable , they were like twins. Where one was the other was right there beside them . They thought nothing could ever separate them but little did they know that a moment in life can change things for almost forever. Kelsey Wade went off to star on talent show "Kids Incorporated" , this reminded me of the hit show "The Mickey Mouse Club" which saw to the beginnings of singers like Christina Aguilera , Britney Spears, Justin Timberlake. As one thing lead to another, Kelsey became more and more famous and eventually became a top Pop Artist. As Kelsey became famous though, her parents became more dominant and Logan was left on the sidelines. The pair went there separate ways keeping in touch when they could only to eventually cease contact. That is until now, five years have passed and Delia - Kelsey's assistant has contacted her to let her know that Kelsey wants to see her.  As the tale progresses we read as Logan is pulled into a world of fame, fortune and the paparazzi. However, it isn't too long until Kelsey starts to spin out of control and Logan is the one to pick up the pieces. When things start to hit boiling point , can Logan walk away before she too becomes entangled in the drama and spotlight and has lost herself or will she find that enough is enough and that in order to save herself , she must separate from Kelsey's life once and for all.
Between You and Me reminds readers that behind closed doors, more often than not the life to Fame and Fortune is a rocky one and that Childhood stars are the ones that can get hit the hardest as they have to learn to grow up too quick.
As Madonna quotes in the introduction " When she was six , she lost her mother . When Michael Jackson, was six he became a superstar. He was worst off , at least Madonna still had her childhood"