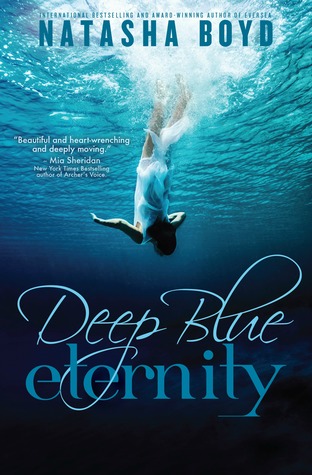 Six years ago, Olivia aka Liv / Livvy's older sister left home and never returned . All that Olivia knew was that she had run away from home with a guy named Whit Cavanaugh and that her family wasn't as perfect as they seemed and that dark secrets plagued her family. Now Six years later, Olivia is in the same position as her sister Abby and has run away from home to the only place where she knows she will be safe and sound - her grandmother's old cottage. Olivia shows up , only to find that someone else is living there - a guy called Tommy . Olivia assumes he is a caretaker, hired to keep the house clean and looked after but soon the two will realise that they have both been running from the same thing - their pasts and that they are more intertwined and connected than Olivia realises as Tommy used to be known as another name and has met Olivia when she was younger and loved her older sister. Can Olivia and Tommy help each other to stop drowning from the past ? What will happen though when they both reach a point where they could possibly be strong enough to move on from the past , only to have truths revealed which will lead to them both being shattered once again ? Can one move on after being shattered all over again - is it possible to repair after being shattered to breaking point twice ? Olivia and Tommy will discover this in each other during the course of Deep Blue Eternity.
If you love Edgy New Adult Stories with Angst and Tragedy , then Deep Blue Eternity is the read for you. Just to give readers a heads-up though, this book does deal with the topic of sexual abuse from an older family member to several members of one family.