Today's VBT# is author Suzanne Jenkins with a synopsis and an excerpt from the third book in her Pam of Babylon series "Dream Lover" here on The Phantom Paragrapher.

Synopsis; Dream Lover - Book #3 Pam of Babylon Series - Suzanne Jenkins -April 2012
Kirkus Review says "A gritty, realistic portrait of the aftermath of deceit."
We meet new lovers of Jack's; just the tip of the iceberg, it turns out. Slowly, the parade of women and one man who loved Jack make their way to the Long Island village of Babylon for an audience with his widow.
No longer in denial, and stronger than she thought possible, Pam Smith is able to confront the horror of her marriage in its totality as she draws a new picture of the man she was married to. The new, more horrific discoveries she makes empowers her and she is able to maintain her strength and the grace and compassion she's known for. Truly a formidable woman, Pam conquers her worst demons, as Sandra and Marie move on in with their lives, finding passion and self-forgiveness in Dream Lover. 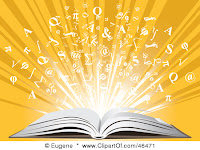 Jack started to talk. He told me about his children, a boy and a girl. His son was looking at colleges
and Jack took him from one campus to another, all over the country. He was vague about where he
lived; I thought it must be at the Jersey Shore because he talked about the beach. His wife loved the water, so they had moved there from Manhattan soon after he graduated from college. He loved his wife, but she was preoccupied with the lives of their two children and her mother and sisters.  e was lonely. He looked at me. “I’m giving you the opportunity to run from me
right now. I’ll never leave my wife. My boss is a religious fanatic who will fire me if he finds out I am involved with another woman. Do you understand that? Are you willing to take this on? Er, take me on? Haha!” He didn’t say anything about having feelings for me, about being interested in getting to know me better. It was all about what I was willing to put up with.For some unknown reason, I said yes. I would take him on. That night we met for a drink after work and he asked me to go to a hotel near the Path Train.It was one of the few times we went to a hotel, and he never stayed overnight. It was totally impersonal. Once, last winter, there was a horrible snowstorm. I
stayed the night and went into work the next day with the same makeup and clothing on; fortunately, I had ahairbrush. No one seemed to notice. I don’t know why I allowed it, why I chose to waste three years of my life with a man who didn’t have one single feeling for me. He used me like an accessory hand. I was a mouth, a vagina, a pair of boobs. When I think about my relationships with other men, there isn’t any evidence of self-deprecation, or self-loathing
like that I exhibited with Jack. I was raised by loving, caring parents. My father and I have a warm, supportive relationship to this day. Well, until I tell them the news. I’m sure this will throw them both for a loop. My mother won’t hear that I am sexually active, even at the age of thirty-one. It is not discussed in our family. I love God and Jesus with all my heart. I know that sounds like a contradiction, after what I’ve done.
2012 Releases Virtual Book Tours