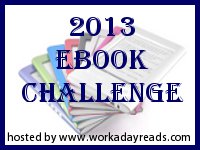 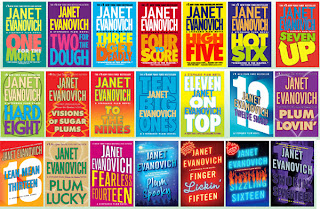 Review: Lean Mean Thirteen - Book #13 Stephanie Plum Series - Janet Evanovich -June 2007
This is one of those Stephanie Plum tales where you have to sit back and wonder what on earth is going on in Stephanie's mind and how it is she attracts all the guys and danger that she does. In Lean Mean Thirteen , we read as Stephanie becomes entangled in her ex- husband Dickie Orr's business and when he disappears leaving only a stain of blood - the fingers are all pointing at Stephanie as the lead suspect in his "murder". What's worse is that Dickie had been sleeping with Joyce - Stephanie's arch-enemy and if Dickie is dead due to the fact he hasn't changed his will - Stephanie is to inherit all . With the bad guys on her tail as they believe she has what Dickie stole, Stephanie is working alongside and camping out at Ranger's and sporting some fabulous Rangeman attire even complete with Rangeman stitched underwear courtesy of Ella. As Stephanie is spending most of her time with Ranger, will her relationship with Joe take a backseat and what will her family think when its Ranger who turns up for dinner and not Joe ? It seems that Stephanie isn't the only one with a new man on board - Grandma Mazur meets someone who is just as cheeky as her - will they hit it off or will he be another date and dump for her ?
Find out in Lean Mean Thirteen as Stephanie plunges herself once again into trouble , blows up more cars and stumbles across dead bodies - not to mention the ol' sexual triangle heating between Ranger, Joe and Stephanie.
Another great installment that doesn't prove to be unlucky thirteen and stay tuned for my review on Book #14.