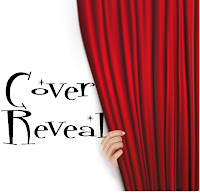 Carly
Carly Rios was supposed to go to college, forget about her first love, and live a normal life. That was the plan until the whole world went to hell and the dead started becoming…not so dead.

Forced to live in the same quarantine as her abusive stepfather, Carly is hanging on to life by a thread, as she dreams of a normal world outside of the community. But when tragedy strikes home, Carly has no choice but to try and escape with her brother Michael. On the night that Carly plans to leave the community, chaos erupts, causing her plans to backfire, unleashing the undead inside.

Now, Carly must reach out to Joshua Tremell, a man from her past, and the one who left her heart in pieces. Trusting Joshua is one of the hardest things she’ll ever have to do, but without his help it’s only a matter of time until Carly loses her brother Michael to the undead.

Two months after returning from fighting over seas and coming home to face a world overtaken by the undead, Joshua Tremell is accustomed to death and losing the ones he loves. But when fate brings him back to his childhood sweetheart Carly Rios, Joshua realizes there are some things still worth fighting for.

Carly is the last person Joshua thought he'd ever see again, let alone in the same quarantine. Facing off shufflers isn’t easy, but the thought of losing the only girl he’s ever loved again, is even worse.

With a second chance at redemption, Joshua would give anything to save Carly and help her get her little brother back, but Joshua has more secrets than he can tell, and his past mistakes are bound to collide with the future he's dying to earn.

For Carly and Joshua, crossing the wasteland is just the beginning…


*Mature Content Warning: 17+ for language, intense violence against the undead and adult situations.