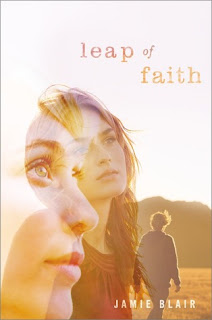 Can true love be built on lies? A teen on the run seeks relief and redemption in this gripping, romantic read.

Leah Kurtz has finally found a place to call home, a town where she and baby Addy can live in peace, far from the drug-infested place she grew up. Chris is one of the best parts of her new life, the only person who’s ever made her feel safe. And now that she’s found him, there’s no way she can tell the truth:

Her real name is Faith, not Leah. She’s seventeen, not nineteen. And the baby isn’t hers—Faith kidnapped her.

Faith’s history catches up with her when a cop starts asking questions and Chris’s aunt spots her picture in the newspaper. She knows it’s time to run again, but if Faith leaves, she’ll lose Chris. If Chris is in love with a lie, though, did Faith ever really have him in the first place?

Is kidnapping ever justified?

In Leap Of Faith, the main character, Faith, kidnaps her newborn sister, Addy, in order to give her a better life. Faith’s mother is a drug addict. Faith has grown up in a neglectful and mentally abusive home, often with no food to eat. In her mind, there is no way she can let this baby grow up the same way she has.


I was approached by a woman who had a very similar situation in her family, so the question I never expected to be asked and never even considered when writing Leap Of Faith was asked: Is it ever okay to kidnap a child from an abusive or neglectful parent?


Approaching the topic from a fictional standpoint as I had, I felt that Faith was justified in her actions, but it was illegal, so I can’t in good conscious say it’s a measure that should be taken in a real-life situation. On the other hand, a child should never be left with an abusive or neglectful caregiver. There are steps to take, authorities to involve—it might take a while and be frustrating to wait for a resolution, but kidnapping can’t actually be an option, can it?


Is there ever a time when it’s justified? When a child you love is in danger? What are your thoughts?