VBT# Out of the Line - Jen McLaughlin 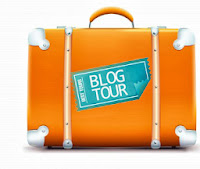 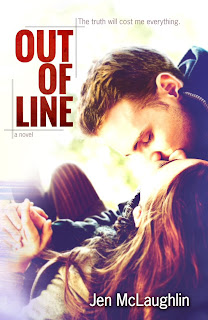 Review:Out of Line - Book #1 Out of Line - Jen McLaughlin - September 2013
Have you ever watched the movies Saving Liberty and First Daughter ? The one where the president's daughter wants freedom so she heads off to college far away and meets an handsome gorgeous guy only to later discover after she falls heads over heels in love with him, that he is in fact part of the secret service and working for her father and his job is actually to keep an eye on you and then she is heartbroken and so is he, that it makes him re-consider his job prospects and we know if he is really a great guy, then he will choose love over work and then they live happily ever after for now.
In a nutshell , that is what Out of Line is about as we meet Carrie, who is the Senator's daughter and someone who has spent her whole life shadowed and finally has gone off to college and hoping for a break in life. Whilst at a college party, Carrie meets Finn - a hot surfer whom we later discover is actually an Undercover security agent who has been hired to keep an eye on Carrie. As sparks fly , we read as Finn decides whether or not he should tell her who he is and when the truth does come out - will Carrie and Finn stay together or will Carrie move onto Corey - the guy who has been waiting for in the wings ?
In the game of life - what do you choose when it has to be one or the other ?
LOVE or CAREER ? 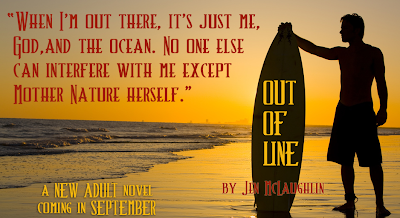