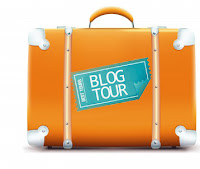 Today's Book Review is part of the By Blood Blog Tour and is Book #1 of Tracy Banghart's series "By Blood".

After her mother ruined her dreams of a family and started her new one - Emma Wong has hated her, so imagine Emma's disgust when her mum invites her to come to England and stay with her new husband and son Fermin who by the way is still a baby for the whole Summer break . Emma reluctantly goes along , all so while digging her heels in along the way. When Emma arrives, she meets the first handsome guy - her stepfather Mike's TA -Josh who shows her the ropes of England. While out babysitting her half-brother , Emma meets Ash who belongs to a group called "The Grove" - they believe in the powers of the ancient Druids. Soon Ash invites Emma along and strange things start occurring and soon it gets to the point of danger and insanity. Can Emma escape before it's too late and someone she hates to love will get hurt ? What will happen when Emma discovers that her whole life has been a lie ? Will she see her new friends as an escape from her current life situation?
Find out in Book#1 - By Blood by Tracy Banghart.

Before Emma's adventures in Oxford, her best friend Diana came face-to-face with a killer...

Diana Calvert is so over high school. Who cares if Olivia hates her? And David needs to forget about having a crush on her STAT. Even Emma’s crazy fashion choices can’t keep Diana entertained. All she can hope for is a dance scholarship to a college as far away as possible from too-small, too-boring, too-nothing-ever-happens New Freedom, PA.

Then Diana meets Nicholas Woodhaven. He’s pale, angry…yet weirdly charming. The more time they spend together, the more she wonders who – or what – he really is. Because he isn’t anything like the other guys she knows. Not with the whole only-going-out-at-night thing. And living with his creepy aunt. And not going to school.

Just when Diana thinks she’s got Nicholas all figured out, people in her small, nothing-ever-happens town start dying. She has to wonder – can she trust him? And even more alarming – could she be next?

A murder mystery with a paranormal twist, Moon Child is best read under the covers with a flashlight...if you dare!