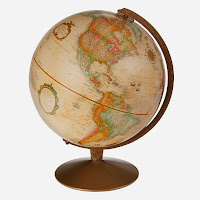 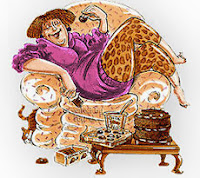 The title of the book captured my attention immediately. I just had to read it.

Li Lan, the eighteen-year-old narrator stemmed from a Chinese family who settled in Malaya in the 1800s. Although there were various other influences in their lives from the multitude of cultures present at the time, including the British influences, her family, as most Chinese families, still maintained their own belief systems. Hence it resulted in her being subjected to one of the traditions of providing prosperity and catering to all the needs of the deceased in the afterlife.

When her formerly affluent father landed in dire straits, losing his inherited wealth, he asked her to become the ghost bride to the deceased son of the Lim family. Through the meddling of his mother, a grieving woman, Lim Tian Ching accessed Li Lan's dreams, haunting and harassing her to become his wife. When she refused, ghost started to fly. Literary!

Through different avenues and assistants, she managed to meet up with more deceased members of both her and her supposedly new family-in-law, resulting in one fast-paced exhilarating journey through different worlds with different tutors in the form of different characters that died and were waiting to be called to Judgement Day. They would ultimately teach her enough so that she can meet love on her own terms in the end. And what a surprise it was.

I haven't read a book like this before and did not want to be trapped in a spiritual world much longer than the first few chapters, as it made me uncomfortable, but the writing was so good, that I just could not stop reading after I started! In the process I learnt so much more about all the different Malay cultures - I even looked up how to roast water melon seeds the right way.

The book is a complete testament to Chinese food, languages, beliefs, and cultural practices. Informative, thrilling, and evocative.