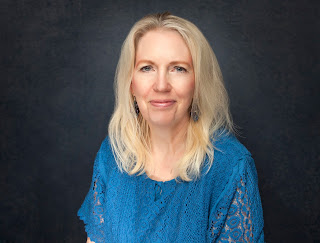 Shaunna Gonzales currently resides with her family in the greater Seattle area. Married over thirty years, her role as wife and mother of four continue to be her priorities.

A storyteller in her youth, she endevored to extend her love of stories to the written word and in 2005 began to write her first novel. Though that manuscript will remain buried, she has continued to learn.
Once told by her doctors that she would never leave her wheelchair -- due to her Multiple sclerosis. It has been tucked in a closet while she continues on. (In other words muddles on.)

Shaunna has worked as a professional reviewer for InD'Tales eMagazine for three years. In 2012 she also served as the vice president of Moonwriters, the on-line chapter of American Night Writers Association (ANWA She prefers to write romantic fiction and has ventured into the romantic suspense, and time-travel genres. Her debut novel, Dark Day s of Promise was released by Desert Breeze Publishing in 2012 re-released 2015.

Although she prefers to spend her days writing, she is willing to share what she has learned from the school of life and is often found "giving back." 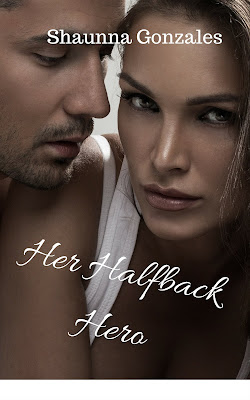 Evie lives an idealic lifestyle until she travels to Seattle. Here she believes her dreams can flourish.

But will her love save her when she is involved in a riding misfortune?

They stepped outside into the cool dampness. Patrick asked. “Have you known Evie long?”
Justin shut the door behind them. He turned to Patrick and answered. “Since we were kids, why?”
“I hope you’re better to her than Uncle Ben is,” Patrick said, a venomous edge in his words.
“A bit rash toward your own family aren’t you?” Justin asked. His steps shuffling back a step or two.
“He’s a marriage wrecker and a liar. I’ve nothing nice to say about the man.”
“Why?” Justin didn’t care for the man Patrick spoke of, and Justin welcomed any dirt Patrick could share. Enough negative information might help him convince Evie the guy was no good for her.
“He…” Patrick gazed at Justin in the dim glow coming from the yard light overhead as well as through the cabin window. “Heck, I hoped to tell Evie first, but since you’re family and it appears you are part of this…” Patrick left the sentence unfinished and moved on.
Justin’s thoughts darted to the kiss and Evie’s response. Had it been his wishful thinking or had she responded with desire that mirrored his own?
“I’m tired of keeping the man’s secret. Because of him, my own father left. Mother said the baby was Dad’s, but I knew better. I’d seen Ben sneak out of her room when Dad called up to the house to open the security gate. Mother and Ben always locked the gate so it would give Ben time to get out the back before Dad got there. But I saw him come and I saw him go.
“I may have only been ten, but I knew they were alone together for a reason. I never forgot, not one time. I kept it all written on the calendar some old aunt gave me so I could count down the days until my birthday. I kept that calendar, planning to show it to Dad when he came back. But he never did. Years later, when I was old enough to know what a relationship between a man and a woman entailed, I came to despise the man.
“He and Mother have the whole family believing that Georgiana is Dad’s little girl and that he left us high and dry. To this day, I know Dad wouldn’t do that, but then he wouldn’t share Mother with any man, not even his little brother.”
Justin listened quietly as Patrick confirmed Ben’s casual comment at their first meeting. The knowledge that Evie didn’t yet know about the man she involved herself with made his blood boil. Now he had another reason to hate Ben Bahrt.
“You’re sure your sister is Ben’s daughter? Couldn’t you be mistaken?”
“Maybe if I hadn’t kept that calendar, I wouldn’t be sure. But I confronted him about it once.”
Apparently, Patrick had proof of his accusation. Justin asked, “What did he say when you confronted him?”
“He laughed, and said short of a blood test, I’d never prove it.”
Justin liked his new brother-in-law, watching the rain hit the puddles in the newly carved ruts; Patrick told Justin how he’d met Jenni nine months ago at a company barbeque. They perceived a pair of squeals from inside and interrupted their conversation to rejoin Jenni and Evie.
“Are you two okay?” Patrick asked in concern.
Jenni laughed, “Evie’s just excited about our news.”
“Congratulations, ‘Daddy.’ Is the family laying odds to what day he or she will arrive, or if it’ll be a girl or boy?” Evie asked mischievously.
Hearing Evie’s question, Justin put his hand on Patrick’s shoulder. “Congratulations.”
“Not yet, they aren’t, but they will. Now that you’ve told Evie, my love, we need to make the rest of our rounds tonight,” Patrick said. He offered a hand to help Jenni to her feet.


Justin stayed at a distance as the three bid one another good night. Evie closed the door and turned, finding him sitting on the edge of the seat Jenni had just vacated.