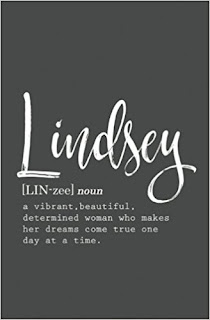 Lies of The Dead
Shauna Bickley
Kindle
2013
Reviewed by Lindsey Philipson
Tom Trethowan’s world is set to change forever when he is woken unexpectedly one morning, to find a police officer on his doorstep informing him that his boat Kalina has been discovered abandoned. On the boat, items of clothing and documents are found with a note from his wayward younger brother Liam.  All the evidence points to a suicide.  Yet Tom is not convinced. He informs his sister Andi and they both decide to investigate.  However, as he and his sister begin to search for the truth, they find out that their brother was involved in some very dodgy dealings- so much so that they are propelled into a dangerous situation which threatens both their very lives and the lives of their loved ones.  Liam has always been the sibling who got away with things but it turns out that this time, his luck may have ended.  Liam has upset a lot of people:  people who will stop at nothing to get what is owed to them. As Liam is now out of the picture, Andi and Tom find themselves thrown to their mercy and that the legacy of their late brother is one tinged with the seediness of the underworld…
Wow, this was a thrilling read and took the reader on a veritable rollercoaster of a journey with some real heart stopping moments.  Tom and Andi, whilst each having a tenuous relationship with their younger sibling, nevertheless step up for him but at a personal cost to each.  They become embroiled into something which they never envisaged would happen and encounter all sorts of dark and deceptive people.  The narrative was well plotted and moved at a very fast pace with violence and dishonest themes.  Tom and Andi uncover things about their brother they never realised and just how low he had sunk.  They are led on a cat and mouse journey as they seek to find the truth and unearth issues from their past, which return to haunt them in the process.
Exciting, full of twists and turns.  Definitely one to read.