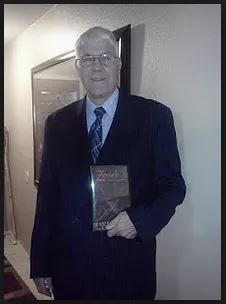 Russ Wallace is a long-time student of history and religion. He employs a vivid imagination to fill in the life of Zenobia, a real historical figure and one of the most fascinating women who ever lived.

He is working on future books in the Zenobia Book Series. Zenobia - Birth of a Legend won a 2012 IPPY award in Historical Fiction. 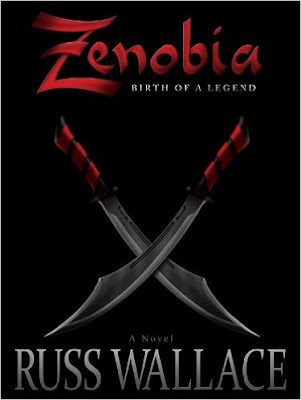 In the 3rd century, a girl of uncommon abilities was born in the desert wilderness of Syria. Rescued from death by her courageous mother, Zenobia masqueraded as a boy to stay alive. She grew up to become one of the toughest, deadliest women who ever lived.

The first book in the series traces Zenobia’s life from age nine to fifteen, setting the stage for her amazing rise to power. It includes the beginnings of her legend and her budding romances.

No one who reads her captivating story will ever forget Zenobia!

The Author is putting both books in this Series on special offer on Amazon 25 - 26th of July 2018!

•       Click the Amazon Link below to view the steeply discounted price!

“All is fair in love and war!” he yelled back.

Her adrenaline kicked in and she tore up the stairs after him and grabbed onto his tunic with both hands and hung on with all her strength. He dragged her up for a few Advsteps and then he collapsed and they both burst out in gasping laughter.
She pulled herself up alongside him until their faces were less than a cubit apart. “And which is this, Salim,” she asked with a pant, “love or war?”

He put his hands up defensively and said, “Zenobia …”

She put a hand on each of his shoulders and pulled herself closer. “Am I making you nervous, warrior?” she asked teasingly, but keeping her voice down. She did not want the sound to carry.

“Yes, you are,” he answered seriously.

“Good!” she said emphatically as she clasped her hands behind his neck. “You have been avoiding me since we climbed the pyramid. Why?”

He tried unsuccessfully to pull away. “Not my idea, I assure you.”