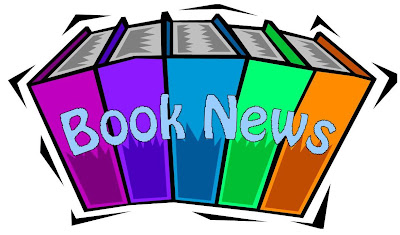 OUT NOW!
A great gift idea for friends who haven't tried the Blood Coven series! This special edition includes both BOYS THAT BITE and STAKE THAT. Two books for the price of one!
Go back to the very beginning when Sunny gets bitten by Magnus and Rayne finds out she's destined to be a vampire slayer.
This book is available at your local Barnes and Noble! Or order online:
Amazon, Barnes and Noble, Books-a-Million,
International: Book Depository (free shipping worldwide!)
It is also available as an e-book wherever e-books are sold.

Blood Ties - Book #6 The Blood Coven Series - Mari Mancusi - 2011
The final battle is brewing between Vampires and Slayers. But for Sunny McDonald, the true war is being fought over her heart.
Though now officially back in the arms of her vampire boyfriend Magnus, Sunny finds she still can't forget the gentle mortal Jayden who once saved her life. And when the darkness threatens to steal his humanity, Sunny finds herself with a choice. Stay true to Magnus and the Blood Coven or defy them in a desperate attempt to save Jayden's soul.
Meanwhile, the Blood Coven is gearing up for its toughest fight yet—going head to head with a splinter group of Slayer Inc who's regrouping in Tokyo, Japan, still determined to take over the world. In dark blood bars and hidden temples, it'll be Vampires vs. Slayers in a showdown that could cost Sunny not only her heart...but also her very life.

Soul Bound - Book #7 Blood Coven Series - Mari Mancusi- March 2012
Sunny McDonald and her vampire boyfriend Magnus are on the run—accused of treason and wanted alive…or undead. And her own twin sister is the slayer sent to track them down. Rayne would do anything to save her sister Sunny from the Vampire Consortium dictator who wants her dead. Instead, she’s been commissioned by Slayer Inc. to bring her twin back for justice…which Rayne knows means certain death. She also knows that if she and her boyfriend Jareth go against orders, they’re not only signing their own death warrants, but those of every vampire in the Blood Coven.
As a rival slayer with a personal vendetta moves in, Rayne and Jareth know they must do something to stop her. So they embark on their most dangerous journey yet, deep, down beneath the streets of New York City and through the Gates of the Underworld itself. But when a greedy god demands the ultimate sacrifice, will Rayne be forced to choose--between her sister...and the vampire she loves?