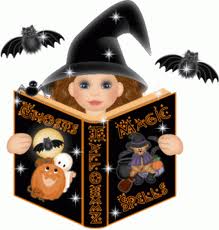 As Halloween nears us , as part of Bestseller for A Day , I will be spotlighting some great Halloween Reads, Today's Book is Gifts of Blood - Vicki Keire.
﻿

Vickie Keire Bio:
Official Website: http://vickikeire.com/
The Ides of March (Blog:) http://vickikeire.blogspot.com/
Vicki Keire grew up in a 19th Century haunted house in the Deep South full of books, secret rooms, abandoned coal chutes, and plenty of places to get into trouble with her siblings. She holds Bachelor's and Master's degrees in English Literature, and is A.B.D. with specializations in Eighteenth Century British Literature, Romanticism, and Postcolonial Theory. She spent the last decade teaching writing and literature at the university level while slipping paranormal fiction in between the pages of her textbooks.
When not reading and writing about all things paranormal, she indulges in her eclectic musical tastes, enjoys other people's cooking, keeps vampire hours, and adds to her massive stockpile of quirky t-shirts and designer notebooks. She'd rather burn the laundry than fold it. She believes that when an author wins the Newberry, he or she gets a secret lifetime pass to Neverland. She is fond of odd jewelry, bottle trees, and lost causes. She still lives in the Deep South with her husband, two children, and pets, but is pretty sure her house isn't haunted. A person can't be so lucky twice.
Gifts of the Blood and Darkness in the Blood are both set in the mythical town of Whitfield, where she has several other paranormal series planned. Whitfield is a compilation of all she loves about her upbringing with a sprinkling of the things she doesn't. Even though she created it and the people who live there, it still has the power to surprise her. She hopes you enjoy it as much as she does. Please drop by her website, www.vickikeire.com or connect with her online. She loves hearing from readers.
About The Book :
A dying brother. A young man with golden planes of light on his back. A blind chess wizard. An insane angelic kidnapper in flamboyant red leather. A town with more secrets than stoplights. A cat that talks to spirits. Waking up with eyes the color of moonlight.
Before her world tilts towards impossible, Caspia Chastain thinks the only strange thing about her is that she sometimes draws the future. Only her brother Logan, fighting his cancer diagnosis, knows what she can do. When she draws a man surrounded by brilliant light, dark wings, and frightening symbols, she can only hope the vision won't come true.
But when a stranger named Ethan appears, determined to protect Caspia and her brother from dangers he won't explain, she's not sure what to think. Strangers almost never come to Whitfield. They certainly don't follow her around, frightening her one moment and treating her like glass the next. And they certainly don't look exactly like the subject of her most violent drawing.
Ethan'i'el can't deny the pull he feels towards this mortal with untapped gifts. Although he has come to guard her dying brother's soul from the Dark forces that would claim it, he realizes Logan's death will shatter her. Even worse, Ethan'i'el knows that choosing life with a mortal means eternal banishment from the Light and eventual descent into the Dark and madness.
Soon Caspia finds herself in the middle of a war between Dark and Light forces, where both Chastain siblings are targets. When she turns to her self-appointed guardian for help, Ethan must choose between devotion to the Light and an attraction that has already altered his world forever.
*****
"It's beautiful and descriptive. She has a gift for choosing the right words. If you enjoy paranormal romance, I would definitely recommend that you read Gifts of the Blood." (author Stacey Wallace Benefiel)
"The protagonist anguishes over the impending death of her brother, finds herself threatened by mysterious beings, and struggles with her preternatural heritage (and human frailties). But she is also surrounded by love: from her peculiar neighbors, her best friend, her brother, and, of course, the storm-eyed stranger she drew from the future. The story progresses through haunting revelations and sudden twists to a terrific ending: unexpected yet totally fitting." (Goodreads)
"This book was filled with romance, mystery, adventure. Whatever you are looking for- it's in there and you're sure to be satisfied after finishing it." (Sparkling Reviews)
Paranormal Romance Supernatural Virtual Book Tours