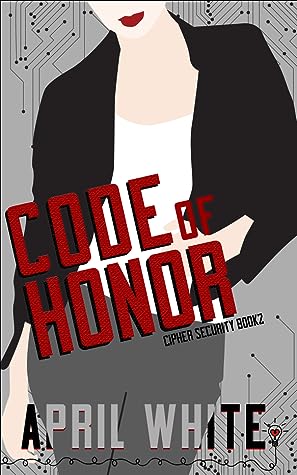 As always, I am excited when a Smartypants Romance book lands on my Kindle as this is a world series that I love and the authors that Penny Reid has chosen to write in her world are doing it justice. This particular book the lead female character would have to be one of my favorite heroines and I could see us being friends. She was what I dream of being like in away. She is quirky, honest, knowledgeable and she is also adventurous, risk-taker and a bounty hunter to boot.  Our main female character Anna has been left her Aunt Alex's loft and in that loft was a mission for her - to retrieve a painting of her Aunt and Mother that was stolen from them 30 years ago. The plan is for Anna to steal the painting while her sophisticated twin sister seduces the man who has the painting.  The pair manage to pull it off, but now Anna is being watched closely by Darius who works for Cipher Security and designed the panic room where the painting was being held and they want it returned. So begins a cat and mouse chase as Darius tries to track down Anna in hopes she leads him to the painting. The pair though have this instant love connection but what stands in their way of potential happiness is they both have their code and principles which they firmly standby and are both completely stubborn in their mindsets. Anna though she loves Darius, would never compromise his goodness, so she lets him go but is Darius ready to give up on Anna? I also really enjoyed this book as it was good to catch up with characters like Shane, Gabriel, Quinn, and Sparky from the first Cipher Security book. If you are needing a LOL book during this time of need, then check out the Code of Honor by April White today.