Under the Willows by Pamela McCord Cover Reveal 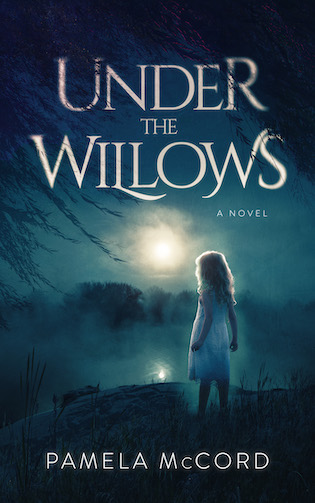 
After her husband is killed by a drunk driver, Kelly Harris and her son TJ move into a sprawling Victorian house in Ohio that her husband inherited from his grandmother. Dealing with her overwhelming grief is a struggle as she adjusts to life in a small town. And, just as she’s beginning to feel more comfortable, life takes another unexpected turn.
The Alexa unit in her son’s bedroom starts to cry, and a little girl’s voice comes out of it asking for help.
At first Kelly is unnerved by the presence of the voice. After ruling out all the other likely possibilities, she begins to put the pieces together, and suspects the girl is a ghost. Unwilling to be uprooted from another home, she decides to find out what the child wants. Maybe she can help.
Kelly isn’t the only one interested in the voice. Detective Rob Porter is investigating the disappearance of a child named Marilee. As the two cross paths, Porter is taken aback when Kelly’s ghost mentions Marilee’s name. In fact, the ghost says “Marilee’s with me.”
Whether that means the child is a ghost as well is a question Rob and Kelly hope to answer. 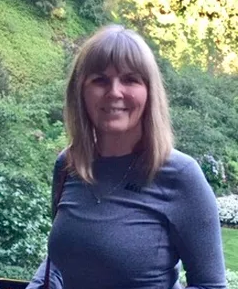 Author Bio:
Born in Arkansas and raised in Southern California, Pamela McCord started writing later in life when she was challenged by a friend to create a book out of his story idea. Since then, she's become an internationally published author. Pam has spent over 40 years working as a legal secretary at a law firm in Orange County, California. Aside from writing, she follows the stock market, buying, selling and trading stocks and options. In contrast to that, she loves trips to Las Vegas where she can spend many happy hours at the Pai Gow tables. She shares a condo with her very own My Cat From Hell TV star, Allie, who manages to exude just enough affection to make her scary feral ways tolerable.