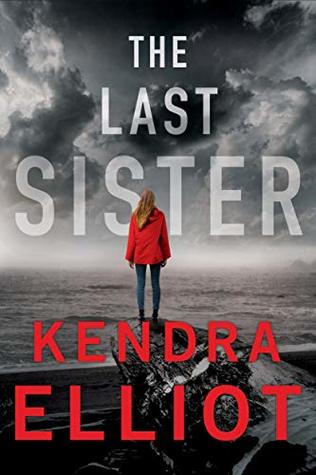 Review: The Last Sister - Book #1 Columbia River Series - Kendra Elliot - January 2020
One of my favorite female mystery writers is Kendra Elliot and lately, I have been on medical leave and mixing up my romance and mysteries to stop myself from getting into a reading slump. The Last Sister starts with a prologue of an incident and then jumps to Emily Mills finding the bodies of Sean and Lindsey who have been murdered. The local sheriff put it down to a murder-suicide but Emily thinks differently as the scene resembles her father's murder, so she calls the FBI Portland Office. Agents Ava McCallum whom we have seen in previous books and Zander Wells. After speaking to Emily, they believe that this is more than meets the eye and soon it seems that it may be a Hate crime and the similarities to her own father's murder starts to be more than a coincidence. Is this new murder connected to her father's? How can that be as Chet confessed or was he set up? Just after her father's murder, her oldest sister Tara disappeared and has been gone for over twenty years without a peep. What happened to Emily's sister? As Zander and Emily search to find the truth, it looks like they might be getting a bit too close when someone shoots at Emily. Will Madison - Emily's youngest sister be "The Last Sister" alive? Or will Zander, Ava, and Emily manage to solve not only her father's real killer and what happened to get him killed as well as the current murders in town and the discovery of a set of skeletons? Also with the blossoming chemistry between Zander and Emily, I assume if the series continues we may get glimpses of Emily in future novels.
Find out in this fast-paced mystery novel by Kendra Elliot today.