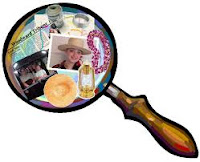 Are you a fan of JA aka Jack Kerley's mystery series featuring Detective Harry Nautilus and Detective Carson Ryder of the PSIT ? Get ready for Book #8 in his Carson Ryder Series.

Review: Her Last Scream - Book #8 Carson Ryder Series -J.A Kerley - September 2011
Our favourite two detectives are back in action - Detective Harry Nautilus and Carson Ryder and this time they are being called to the morgue and crime scenes as someone is killing women and mutilating them , taking out their eyeballs. It seems too that their is no leads as every lead they chase comes to a dead end. Unlike the previous novels , Her Last Scream tends to start with numerous storylines and characters which eventually work well together as JA ties the loose ends. We discover that their is an online chat group of men who hate women and want them wiped out from this world and then on the other side is a group of women who have been abused by their husbands , partners and are looking -desperately seeking a way out . Enter "The Women Centres" , these women centres offer safe houses and an underground escape route for the women to move to a new town and start a new life. However, it seems that their is a rat in the organisation and somebody is targeting these women and instead of being able to enjoy a new fresh start in life, they are being murdered and tortured. It seems that the only way to capture and lure the killer out is to send someone undercover as bait - that someone happens to be Harry's niece - Rein Early , a new cop on the force. What happens though, when things for Rein get a little out of hand and she finds herself stuck in the killer's clutches with no escape . Will this be a mission gone wrong or will Uncle Harry get there in the nick of time ?
Find out whether this will be Rein's Last Scream Goodbye in Her Last Scream by JA Kerley. The only downside about this novel was that their was no sign of Jeremy - Carson's psychotic and insane brother whom no-one else realises they are related and Jeremy sometimes helps Carson out on cases along the way. To me Jeremy is a cross between Dexter and Patrick Jane from The Mentalist. I look forward to more JA Kerley novels especially one that will reveal Carson and Jeremy's relationship , now that would be exciting :)