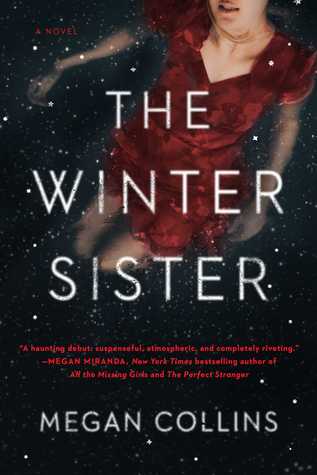 Review: The Winter Sister - Megan Collins - February 2019
Sylvie had always wondered who killed her sister as sixteen years ago when Sylvie was younger. Her sister Persephone left with her boyfriend and never returned home. Later her body was found. The police despite the family's pushings could never find any leads, and her case went on unsolved. That was until sixteen years later, Sylvie returns home as her mother is dying and her aunt is busy with her new grandchild.  Being back home with her mother stirs up old memories of her sister Persephone. When Sylvie runs into Ben - her sister's boyfriend at the time of her disappearance and the last supposedly to see her alive. It sparks up Sylvie's passion for finally finding out the truth about what happened to Persephone that night. By doing so, Sylvie will also unravel the facts about Persephone's father and the reason why on the 15th of every month growing up her mother would lock herself in her bedroom and have what the girls called her "dark days." I did like the twists that The Winter Sister took and I have to admit I did not see that ending coming when it was revealed who the killer was. I quite enjoyed this book as I love the past/present stories where unsolved murder cases get solved years later.