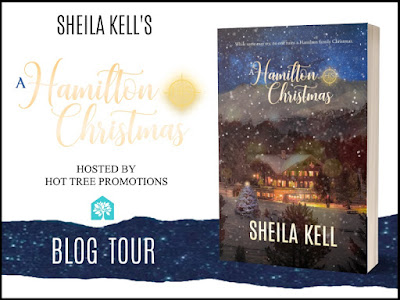 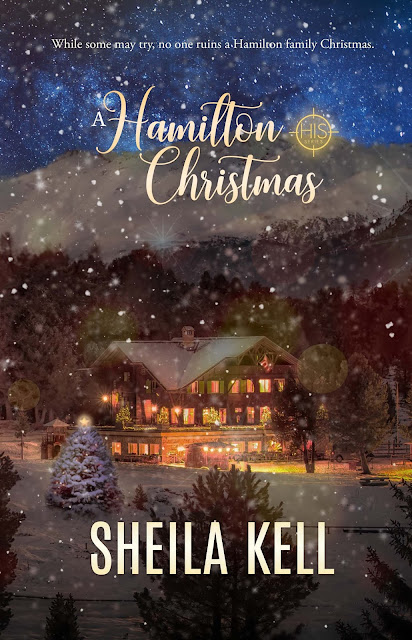 The Hamiltons return in a Christmas vacation they’ll never forget.

While some may try, no one ruins a Hamilton family Christmas.

From Romantic Suspense BEST-SELLING and AWARD-WINNING Author • What happens when a family comes together for Christmas but upon arrival, their vacation takes a deadly turn? In Sheila Kell’s novel of intrigue and the love of one family, three generations of Hamiltons work to solve a mystery that impacts one of their own.

A year has passed since the Hamiltons celebrated a holiday as one family. Blake Hamilton—the family patriarch—invited his growing family to a remote Colorado lodge for more reasons than enjoying Christmas. He should’ve known that with his sons and daughter, trouble would find them. The important news he has to share takes a back seat when one problem after another hits them.

At ten years old, Reagan Hamilton knows she’ll lead HIS when she’s old enough. In the meantime, she trains with her uncles because she wants to show everyone she will be a good agent. When she arrives at the lodge, a man catches her attention so she decides she has a mystery to solve that involves him. When a crime happens, she sneaks away while dragging her cousins to help their parents find the criminal trying to set up her cousin.

When the allegations are proved wrong, but a criminal is on the loose while the weather is working against them, can the Hamiltons protect their family, and the guests relying on them, before events are out of their control?

Showing Blake the sign with his name, Jason asked, “I thought this was just to hang somewhere. Why did you give me a room? I’m not even your real grandson.” His head dropped again.
Ah. The crux of the problem. “Look at me, Jason.” Once he had, he continued, “You are in every way, except by birth, my grandson, Jesse and Kate’s son, a cousin to so many, and a brother to a sister who adores you. It doesn’t matter that you aren’t of our blood. Your Uncle Matt knew your dad. He believes that your father would be happy with us as your new family. We’ll never ask you to forget them, we only ask that you embrace us as your second and final family.” He waited a heartbeat or two. “Do you remember how Kate spent time with you at the hospital?”
He nodded. “She was so great. I loved her right away. I’d wanted—” When he cut himself off, Blake had a feeling Jason’d just remembered when he’d told Kate that he’d like her to be his new mom.
“You wanted her to be your new mom, didn’t you? It’s okay to admit the truth. In fact, everyone should live by that rule.”
With a trembling lip, he nearly mumbled, “I did, but my mom had just died and it was wrong of me to want another one that quick. I didn’t realize it at the time, but I do now.”
“And why do you feel it now?”
“Everything’s changing. Everyone wants so much for me and I feel guilty because I’m not really a Hamilton.”
Inwardly sighing, he wondered if he could get into a teenage mind. “Did you know that Jake was my foster son?”
That brought Jason’s head up. “I just thought he was Aunt Em’s husband.”
Tightening his lips together, he slowly shook his head. “He is her husband, but I meant he came to us as a foster son when he was ten.” He didn’t need to explain all the crap Jake had gone through before he made it there. He needed to show the positive. “He lived with us for twelve years, including his college years. As far as I’m concerned, he’s my son. I love him just as much as my other kids. Like you, he’d felt he didn’t belong and couldn’t keep the things given to him. Long story short, we almost lost him because he didn’t feel he deserved to be part of our family since he wasn’t blood born with us. When trouble found him, he needed the family and we came together because there was no doubt in our minds he was family.”
“But I don’t deserve this.” He gestured toward the wood sign with “Jason” burnt onto it. “Mom and Dad have already given me lots of stuff, and I’m not even eighteen yet.”
Blake nearly shook his head. “Son, did you not learn anything from that story?” At blank eyes, he answered his own question. “Jake didn’t feel he was part of the family. Do you see him over there as part of the family? We brought him back. Don’t make us have to track you down, because we will. We never forget family—no matter how they came to us.”
Jason appeared to be mulling something over. When his grandson handed the plaque to him, he worried he’d blown it. “I don’t think I should take this.”
He had blown it. A knot worked its way up his throat making it difficult to speak. He couldn’t let Jason walk away from this family. He couldn’t suffer through it again. “Why?”
“Since I have no way to get here and no money to pay for the room, you should give it to someone else.”
“It’s not because you don’t feel part of the family?”
Jason slowly shook his head. “I was young, but I remember the family while searching for Uncle Jake. It made me think of how I’d be sad if we were separated.” He shrugged. “I want to be a Hamilton.”
Chancing it, Blake reached over and touched Jason’s shoulder and gave it a light squeeze. “You already are. So much so, you deserve a room at this lodge when you want it.” He held up his hand to forestall an argument. “When you’re here, you don’t pay for a thing. That’s how family looks out for each other.”
A twinge of excitement crossed Jason’s feature, but he held too much defeat. “I still can’t get here.”
“Do you promise me—and this family—that you’ll be a true part of us like we see you?”
Jason sniffed and he couldn’t tell if more where on the way. Flinging himself at Blake, as best as they could in the chairs, he did start to cry. Blake held the lost teenager as he did his sons. Looking in the shadows, he nodded Jesse and Kate closer. From their position, they should’ve heard everything. 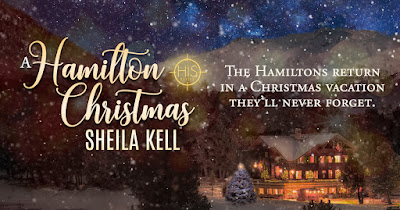 Click HERE to catch up with the HIS series today!

Website | Facebook | Twitter | Amazon | Goodreads
Sheila Kell is an award-winning author who writes smokin’ hot romance and intrigue. She secretly laughs when her mother, in that stern voice, calls it, “nasty.” As a self-proclaimed caffeine addict nestled in north Mississippi with three cats, she wears her pajamas most of the day and writes about the romantic men who leave women’s hearts pounding with a happily ever after built on a memorable, adrenaline-pumping story. When she isn’t writing, she can be found visiting her family, dreaming of an editor who agrees her work is perfect, or watching cartoons.

Sheila is a proud Romance Writers of America member. You can find out more on her website, Facebook and Twitter. Join her newsletter for VIP updates, contests, upcoming appearances and news!