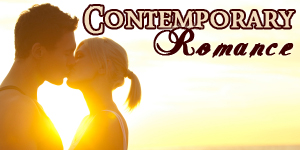 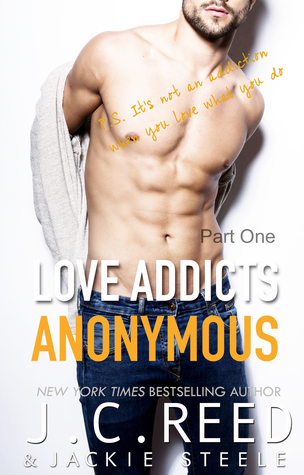 Review: Love Addicts Anonymous- Part One - JC Reed and Jackie Steele - November 2016
What happens when you get someone who takes Sex to the next level and someone who takes Love to the next level? You get them as roommates at the newest Love Addicts Rehab Centre. Kade Wright loves sex and has spent the last year making certain he achieves his goal of sleeping with 365 women. This would be alright if he owned a place like a club his friend owns or somewhere that didn't need him to have a good reputation but Kade is CEO of a Fortune 500 type company, and the board has come down hard that Kade needs help, an intervention. Either that or his business is going to fail. Vicky Sullivan, on the other hand, is addicted to the L- word. She loves the idea of love. Her latest relationship has ended up with her being sentenced to Love Addicts Rehab after she repeatedly broke a court order to stay away from a guy she supposedly had a secret relationship with. Vicky has been painted now like a crazy stalker. The thing is that I have to admit reading Vicky's story, I even wanted to shake her and take a long look. There is someone better for you than the guy who denies you and obviously doesn't want anything to do with you if he never takes your side.  Kade has only one more woman to sleep with and a few weeks to do it but how can he do it when he is in rehab, and one of the main rules is no sleeping with other patients? This was a fast-paced introduction to the backstory of how the characters ended up in Rehab and their initial assessments of one another. I am now looking forward to reading the next Parts of this series to see what Kade and Vicky get up to and how their therapy sessions go.