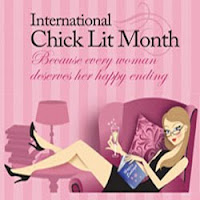 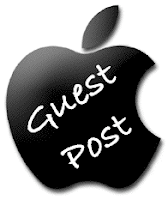 Plodding along in our celebrations of International Chick Lit Month, I have Chick Lit author Barbara Silkstone famous for her Chick Lit takes on Fairytales , retelling to us her Cluck in a Bucket kerfuffle. 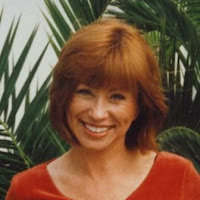 Pieces of Eight
By Barbara Silkstone

Recently, my daughter and I pulled up to the drive-through window of a Cluck in a Bucket fried chicken restaurant. My passion for fried chicken is legendary. There is nothing that gets my juices flowing like fried chicken. We scanned the red and white poster board menu and decided that the eight-piece bucket would be perfect – six pieces wouldn’t be enough and ten would be a pig-out.
Knowing the challenges of drive-through window communication, I spoke distinctly into the speaker box “I would like the eight-piece bucket.”
The voice responded over the tin can and string speaker. “We can’t sell you the
eight-piece bucket. Would you like the ten-piece?” My daughter and I exchanged befuddled looks.
“I just want eight pieces of chicken.”
I heard grumbling from the squawk box. “We are not allowed to sell you eight pieces. Do you want that original or extra-crispy?”
As I argued my case for the pieces of eight, cars lined up in back of me… hungry chicken nibblers waiting for their share of the greasy feast. “We can’t sell the eight-piece buckets today. We can sell you six pieces or ten pieces,” the garbled voice persisted.
I don’t do well under pressure and knowing those behind me were hungry, I snapped. “Never mind! I’m coming inside.” I pulled into a parking space and turned to my daughter. “I think I’ve lost it.” I was in a pre-orgasmic state, the smell of fried fowl had aroused my food trail pheromones. Nobody stands between me and fried chicken.
My off-spring followed me into the chicken shop. We perused the billboard menu. The sign offered what I wanted, eight pieces of blinking chicken for $13.99. The counter person repeated the argument I had heard at the window. “Six or ten, lady. Take it or leave it.”
I turned to my daughter with tears of laughter in my eyes. Once again I was trapped in a Monty Python episode, the story of my life. “We can get six or ten pieces… but not eight. In what demented part of the universe does that make any sense?” We both began giggling. The giggles turned into laughter as I imagined the bucket-fillers hunting down eight-legged chickens. I guessed there to be a shortage of eight-legged fowl.
We looked at the menu board again and there plain as the nose on the clerk’s face were the words: “4 piece dinner - $6.99.” I whispered to my daughter in a voice that sounded as if I’d broken the DaVinci code. “We can get two of the four piece dinners and vegetables and beat them at their own game.”
Part of our family legend is my obsession with fried chicken. When I was pregnant with my daughter, the local drive-in restaurant served the crispiest, saltiest fried fowl in the world. I had such an extreme craving they actually painted my name on a parking bumper so I would have a reserved space for nine months. Twice a day I inhaled an insane amount of chicken saturated in peanut oil and never lost my girlish figure.
This day, the clerk handed us two boxes of four pieces never realizing he’d been out-witted. I had bested the Chicken Ponzi. I could take the knowledge of making eight pieces from two-fours with me no matter where I traveled, and as long as there was Cluck in the Bucket, I would beat them at their own game. As I write this I realize I have driven myself into a fry-frenzy and will now head over to the giant red & white bucket. Bye!