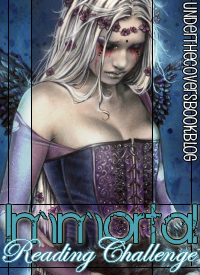 Do you love Vampires ? Have you been following Rachel Caine's amazing Morganville Vampire Series ?

Review: Black Dawn - Book#12 Morganville Vampire Series - Rachel Caine - May 2012
Are you a series folllower ? Do you always wonder how good a series will be once it goes past the number #10 as you wonder to yourself what more can they do with the storyline.  I tend to love series , but it takes a really good series to keep me reading it and plugging along. Rachel Caine's Morganville Vampire series is one of those great series that even though we are at Book #12 reading it still makes me excited and ready for action as I was the previous eleven titles. In Book #11 we held our breath symbolically as the book was called "Last Breath" as the creatures known as the Draug - Vampire killers that lure Vampires and Humans in with a song like a siren invaded the town of Morganville. At the end of Book #11 we read as the Draug had captured Michael and Amelia and readers we held our breaths as Michael lost control and nearly killed Eve, it was all on.
Rachel Caine's newest Morganville Vampires book "Black Dawn" carries on straight from the last page of Last Breath, where we read that Eve and Michael are still together but Eve is still hurting from the fact that Michael nearly killed her and Amelia is dying and it doesn't look like she has long to live.
In Black Dawn, Michael and his friends Claire, Shane and Eve along with some of the remaining vampires like Doctor Theo, Hannah the Cop , Richard- The Mayor and his sister Monica and of course Oliver must work together to stop the Draug from taking anymore Vampire lives as the town starts to lose it's population very quickly.
Like her previous books, Black Dawn is told through the different characters POV's and each character's name is at the top of the chapter so we the readers don't get confused.
Black Dawn, will have you holding your breath throughout the novel and having bouts of emotive states as halfway through the novel we read as Shane is consumed by the Draug and we wonder if this is the last of Shane Collins ? , with Amelia on her deathbed and wanting somebody to carry on her legacy as being in charge of Morganville has her eyes set on Claire but in order for Claire to take the role , she must be turned- Will Claire bow to Amelia's orders and become a Vampire ? Will Eve and Michael get past their differences and get around to hurrying up and tying the knot ?
Find out all this and more in another awesome installment of the Morganville Vampires and for those who have read it, join me in anticipation for the release of Book #13 in November.