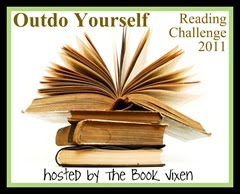 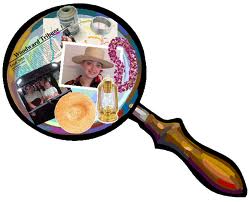 Wanting a bit of kick-butt action , with a hint of humour and spyness ? Get ready for "No One Lives Twice" by Julie Moffett

Review: No One Lives Twice - Julie Moffett- August 2010
I’m Lexi Carmichael, geek extraordinaire. I spend my days stopping computer hackers at the National Security Agency. My nights? Those I spend avoiding my mother and eating cereal for dinner. Even though I work for a top-secret agency, I’ve never been in an exciting car chase, sipped a stirred (not shaken) martini, or shot a poison dart from an umbrella.
Until Now , Lexi must lead what can only be known as a triple life from having her mother set up blind dates with politicians to be and lawyers and give her fashion advice , work as a member of the NSA which for starters , nobody knows as it's a Top Secret Organisation and now Lexie has been embroiled into a race for her life and others by her ex-college roommate Basia.
Basia is said to have sent her papers , important ones that everybody seems to be after from Mr. Beefy Guy who accosted her on her way to her parent's house in Georgetown to Mr. Middle Eastern Guy who she caught breaking into her house and he even had a gun to Finn - a so-called friend of Basia.
Soon Lexie finds herself in danger and hires from The Zimmerman Twins a bodyguard called Slash who seems to resemble Spanish singer Enrique and Mexican Zorro, though of course it turns out to be an interesting mix as Slash is Italian.
Lexie is about to embark on a spy journey herself and soon finds herself in a position of not knowing who to trust and in order to get to the bottom of this all - Lexie must first find Basia who has gone MIA.
Can Lexie put all her office skills and knowledge learnt in the NSA to the test or will she find herself over her head and it too late ?
Find out in No One Lives Twice by Julie Moffett - which for those James Bond fans will also realise the title has a JB Reference.
A Fun Spy Tale for all those girls who pushed aside Barbies and the Dreams of becoming a Beauty Queen for something much more exciting and dangerous.