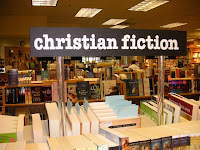 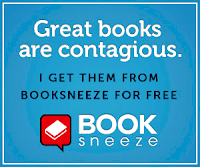 As we move from the crazed world of Vampires , a new supernatural creature has arisen in our midst - that creature is the Zombie.

Review: The Christian Zombie Killers Handbook - Jeff Kinley- October 2011
In a world of literature that was once over-run with Vampires , then Werewolves, Angels and Demons are now being overthrown with the world of Zombies.  From Zombie movies like Dawn of the Dead, Land of the Dead, I am Legend and Zombieland come Zombie novels like Generation Dead by Dab Waters , Warm Bodies by Issac Marion and Pride and Prejudice and Zombies. Vampires have infiltrated our Christian Fiction line with Plain Fear Forsaken , so it seems only fair that Zombies can crawl or in their case stumble heavy-footed into the world of Christian Fiction with Jeff Kinley's The Christian Zombie Killers Handbook.
The Christian Zombie Killer Handbook follows the life of Ben Foreman , who lives in a small town , has a good job and believes he is safe from Zombie attacks as they only seem to be happening lately in the major cities . This is until one day the Zombies attack Ben's hometown and now armed with the Bible and God's Help , Ben must kill the Zombies.
The Christian Zombie Killers Handbook tracks the fictional life of Ben Forman and offers solid Bible teaching to help readers understand the gravity and consequences of life without God, of life as a zombie. Ephesians 2:4-5 says, "But because of his great love for us, God, who is rich in mercy, made us alive with Christ even when we were dead in our transgressions--it is by grace you have been saved." Without the salvation Jesus offers, we are all as good as dead. But as this book teaches in a winsome, cutting-edge, culturally relevant style, anyone can kill the zombie inside, escape the clutches of the undead, and come alive by the supernatural power of God's salvation.
A fun read for all , especially if you are a Christian and following the Zombie Craze.