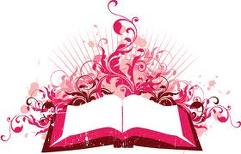 Are you in the mood for a bit of paranormal romance , this time involving dragons ?

Review: Building Magic - Lily Cain - October 2010
Are you looking for a paranormal romance , into more the dragons and magic side of fantasy rather than the Vampires and Werewolves? Looking for something with a lil' bit of sexual fantasies. If so, look no further as I bring you Building Magic by Lily Cain.
In Building Magic, we meet Tina who is a female living in a man's world and trying to make something of herself as a construction worker and someone who has a degree in Architecture and Welding. Never, one for dating "real men" , she has spotted the hot bean-counter guy across from the building site so every lunchtime , she sits and watches with her binoculars. Our story starts with her watching him one day and she discovers he is making fire from his body, this startles her and she falls only to wake up in an alternate land.  The hot bean-counter guy turns out to have a dark secret , he is in fact heir to the throne and a dragon . Devin Ken'Draga has returned to take his rightful place on the throne, but it seems he has brought more than he has bargained for as Tina is a virgin and this means prey to the dragons.
As the novel goes along we read as the sexual passion intensifies between Tina and Devin and during this can Devin win his kingdom back or will he be distracted with Tina and trying to save her from continiual danger?
Find out in this Paranormal Dragon Romance "Building Magic" by Lily Cain.