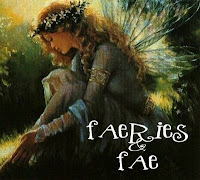 Review: Tenderfoot - Amy Tupper - 2011
Are you a fan of the Fae novels ? Myself personally, whenever it comes to reading Fae novels I'm always in two minds as there are some Ive enjoyed like Melissa Marr's Wicked Lovely series but then there are others that I found myself unable to get into like Lesley Livingston's Wondrous Strange. I found myself in two minds about Amy Tupper's book "Tenderfoot" . The novel starts off a bit strange in the prologue as you know somebody is watching over Julianna but you don't know who and then the novel jumps into her starting college and I enjoyed this part as being from New Zealand and other obstacles that have occurred we are not as big on the College experiences with sororities and dorm rooms etc. I love watching the college experiences on TV , on TV Shows like Gilmore Girls, The Best Years etc. The novel then goes into the romance department as Julianna meets two guys Derek and Nick. Jules can't help but be drawn to Nick as he strums his rock n roll guitar. It is soon revealed to us that Nick is hiding a dark secret, one that involves the true identity of Jules and once revealed that Jules is Fae we soon realise that her life is at stake. What started as the year of college soon turns into a year of self-discovery and running for her life .When her family’s secret is revealed, Jules must choose between running away from the one person she has opened up to or running with him toward an unknown future.
Tenderfoot is the novel that all those who are interested in Fae novels and battles should read.