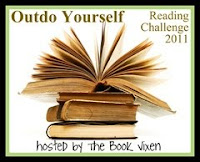 Review: Last Pict - Rick Bowen - 2011
Are you wanting a graphic novel to read ? One that in itself tells a story that for many of hits close to home. When reading this , afterwards I thought how am I going to write a review on 4 pages of not much words and alot of comic book strips , I re-read it and it got me thinking that this graphic novel discusses the effects of bullying and misunderstandings among children and even the way adults percieve their children. When we think of art , it's an amazing talent and their drawings are outstanding. Last Pict tells the tale of Evan who spends his days drawing the children in his class and his pictures are amazing, one day his father gets called into school as Evan has gotten into a scuffle with another student who detested being coloured green. The father then as we see is in the field of construction work and sees his son Evan's love of art somewhat sissy. This comic book shows Evan that no matter what he loves, there will be those who bully and put him down for it but he needs to realise to stand strong and that he has an amazing talent. Bullying for me is a topic that hits close to home as I went through it and sadly it is an issue that thousands maybe even millions have encountered at sometime in their life and sadly many of the young ones as we read about the 8yr old girl who took her life in America due to bullying are taking the way of suicide out.

Author's Synopsis :LAST PICT introduces you to young Evan Cleary, though you’ve known him your whole life. You might have rolled your eyes when he ended up on your team during gym class, or cut him in the lunch line. Sadly, Evan doesn’t have many friends and his attempts to remedy that situation don’t always go as planned. Evan’s story opens in the Principal’s office where he has just been drug out from the wrong side of a schoolyard scuffle. It seems his classmates do not appreciate his latest attempt to gain their favor: drawing their portraits. As he sits and clutches his drawings, he can’t help but wonder why they didn’t impress. But as his father, a gruff man none too happy to be pulled from his construction site, plops down in the Principal’s office, Evan learns that his bullying may just be beginning.
LAST PICT is a short cartoon story that deals with the inside of being an outsider. With each panel it gives a peek into the circumstances that may have developed the weirdos, spazes, and freaks you’ve known your whole life. Originally penned in early 2005 and drawn one year later, this is the first installment of author Rick Boven’s extensive, unreleased back catalog, and has never before been published. LAST PICT will make you take a second look at the first glance by which we often judge one another.
2011 Releases 5 P's Graphic Novels Outdo Yourself Reading Challenge